This International Women’s Day, we’re looking back at some of the most innovative and game-changing products and campaigns we’ve seen disrupting gender norms over the last year.

Nurturally designed by Chrome Cherry, US

US – Nurturally's breast-pumping bra also doubles as a sports bra for new mums who want to be active.

Designed by Chrome Cherry Studio, the bra allows mothers to carry out their daily routines without the disruption of blocks of time spent breast-pumping. And in a bid to tackle some of the taboos around breast-pumping, the hands-free bra is intended to re-introduce physical activity or moments of me-time into a mother's routine.

Created in response to the negative breast-pumping experience of Nurturally’s founder, the sports bra style is designed to provide comfort while avoiding the leakage that is common with other breast-pumping bras. Its bottle-holding sling and adjustable shoulder straps support the weight of a full bottle, without putting pressure on the breasts.

Women's lifestyles are increasingly multi-dimensional. Brands like Nurtually, which aim to empower positive and active Female Futures, are likely to resonate with those seeking tools and devices to help them combine parenthood with their pre-baby lifestyles. 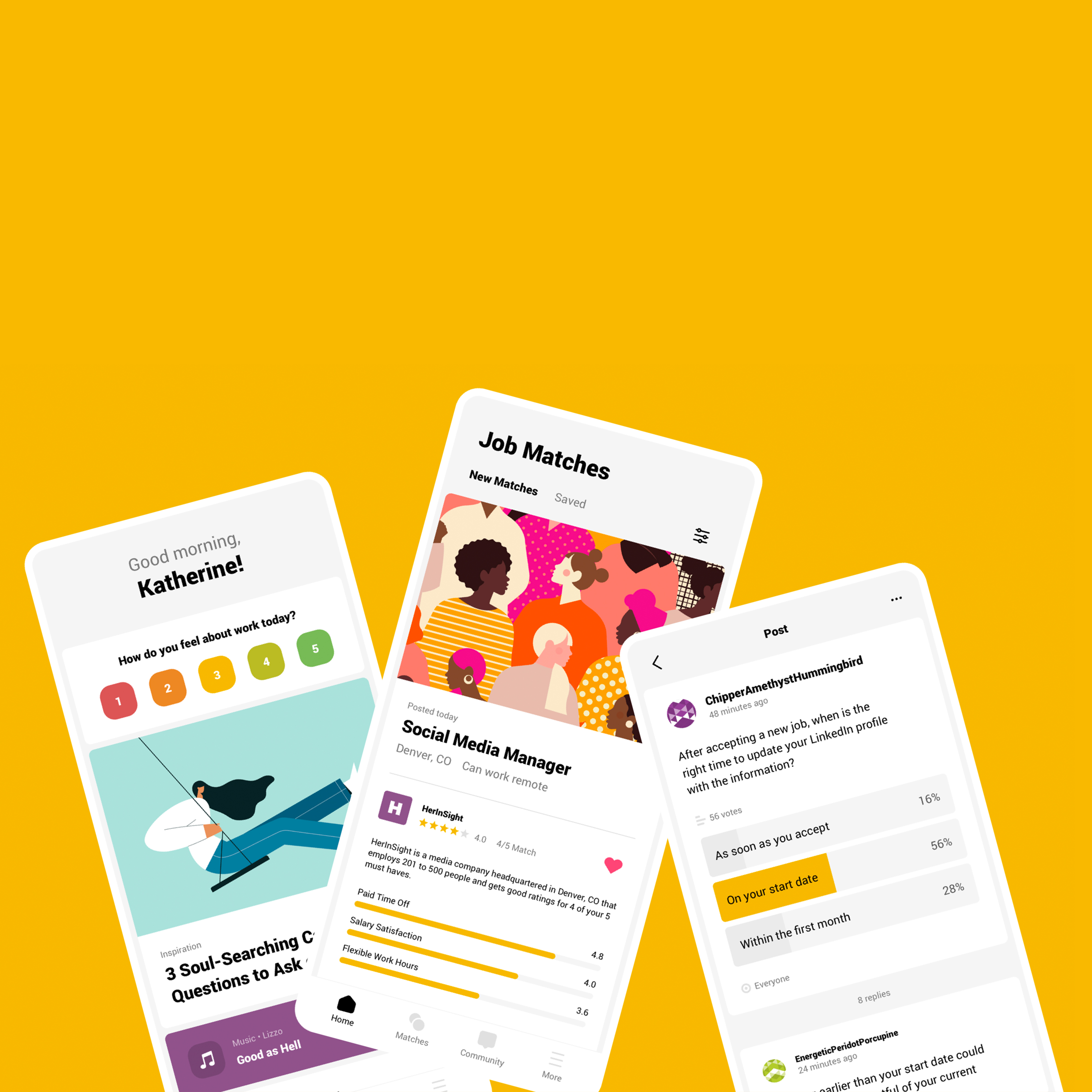 Offering a curated service that goes beyond traditional career platforms, InHerSight lets users search based on factors such as company culture, policies around work-life balance, child care and mentorship.

Recognising that every woman's career path is different, the app’s home feed also offers a more comprehensive approach than many job boards. Users can access articles with titles such as 'Find balance' or 'Get hired', alongside podcasts and music based on the personal interests and goals of users.

Ursula Mead, co-founder and CEO of InHerSight, explains: ‘We believe strongly at InHerSight that every woman’s career path is different, and we want to give them the power and insight they need to pursue jobs at companies they love.’

With proportionately more women than men facing unemployment or job uncertainty as a result of Covid-19, they are looking for brands to support their Female Futures.

Europe – Tena has released a campaign to challenge perceptions about women’s ageing and incontinence.

The campaign, #Ageless, features women aged over 55 who discuss their real-life experiences in relation to sexual pleasure and body confidence. Directed by Yorgos Lanthimos, the film looks at ageing and the lesser-discussed biological inconveniences that come with it through an intimate and sex-positive lens.

The campaign was created in response to research from Tena, which explored attitudes towards ageing. While 44% of women under 35 believe that bladder leakage would negatively affect their sex lives, only 10% of women over 50 say that it has. According to Lisa Myers, marketing manager for Tena, ‘the research findings clearly demonstrate that there is a huge disparity between younger and older women when it comes to understanding the realities of incontinence and its impact on sex and intimacy in later life’.

As the next iteration of body positivity unfolds, Tena is demonstrating its position as a Life-stage Brand, helping to alleviate health problems that women encounter later in life.

UK – Data and design studio Normally has developed a plug-in to spotlight gender bias on the web, filtering news sites so that only stories written by women are visible.

Created after the realisation that much of the internet is dominated by male voices, Normally coded a filter to scan bylines of news stories across the web to sort women’s names and allow only those to appear.

Although an experimental concept, this has enabled Normally to draw attention to how the web is quietly curated – it found that 60% of bylines belong to men, while 70% of breaking news stories can be attributed to male writers.

Normally says there is space to learn from such patterns, allowing publishers to make conscious decisions about the stories they release. Marei Wollersberger, co-founder of Normally, says: 'We weren’t necessarily trying to make a point [about gender] when we started out. What we wanted to do was see what it might feel like to experience the web in different ways.’

Read our Female Futures vertical for more on how media and technology trends are being impacted by gender. 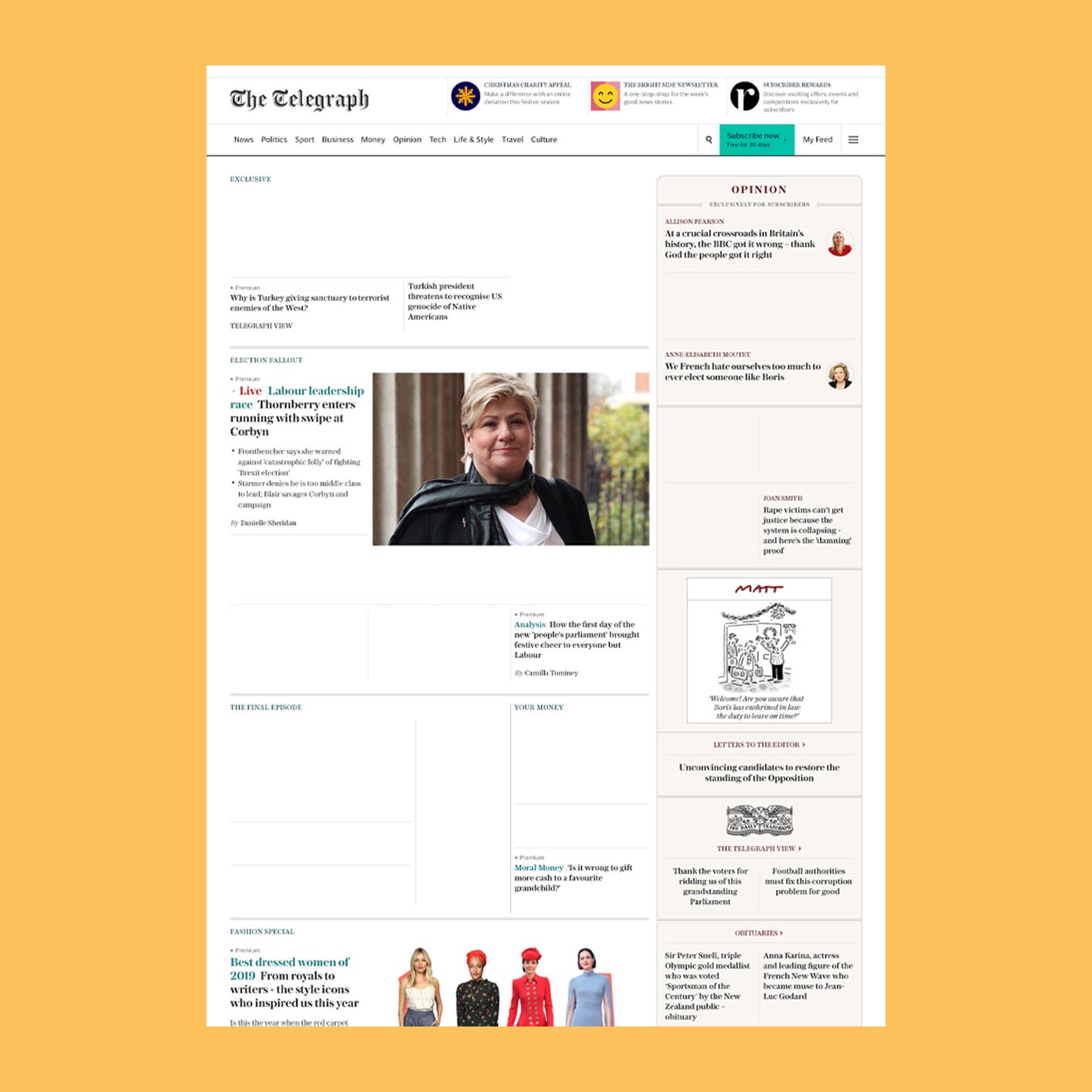 The Gendered Web by Normally
Tabu, US

US – Tabu wants to address the lack of sexual wellbeing information and products for menopausal women.

'From the lack of adequate solutions to the taboo notion that us women – like men – may want to preserve this part of our lives as we age, I quickly realised that something had to change,’ explains Natalie Waltz, founder and CEO of Tabu. ‘I started Tabu for our mums, aunts, friends and future selves. Our mission is to honour and celebrate sexual wellness as we age.'

Attitudes to menopausal wellbeing are changing as brands recognise it as a fundamental life stage – with an empowered audience to match. For more, explore Rebranding the Menopause.

Sign up to one of our subscription packages and get unlimited access to a hive of insights - including our Female Futures and Intersectionality series and daily news updates.