This week: A football campaign championing diversity, a vegan alternative to gelatin, funding for eco-innovators, the latest inclusive sex toys and an installation inspiring climate-hope.

UK – London’s Migration Museum is drawing attention to the diverse backgrounds of professional footballers through an awareness-building campaign.

The Football Moves People campaign, which coincides with the UEFA European Championships 2020 tournament, showcases the prevalence of migrant backgrounds among footballers. Focusing primarily on the England squad, the initiative includes out-of-home posters and digital graphics by Wonderhood Studios, which spotlight the diverse roots of key players including Raheem Sterling and Harry Kane. Real-time digital teamsheets and full-time score graphics highlight the impact of squad line-ups and final scores without the presence of players of migrant backgrounds.

‘It’s no exaggeration to say that without migration, football as we know it wouldn’t exist. But migration has shaped far more than football,’ says Robyn Kasozi, head of public engagement at the Migration Museum. ‘It’s time to put migration at the heart of our national conversations, and with tens of millions of us watching the Euros this summer, where better to start than with football.’

As The Future Laboratory’s strategic foresight editor Adam Steel notes, football teams, players and communications can be powerful in sparking civic action and conversations around inclusivity. 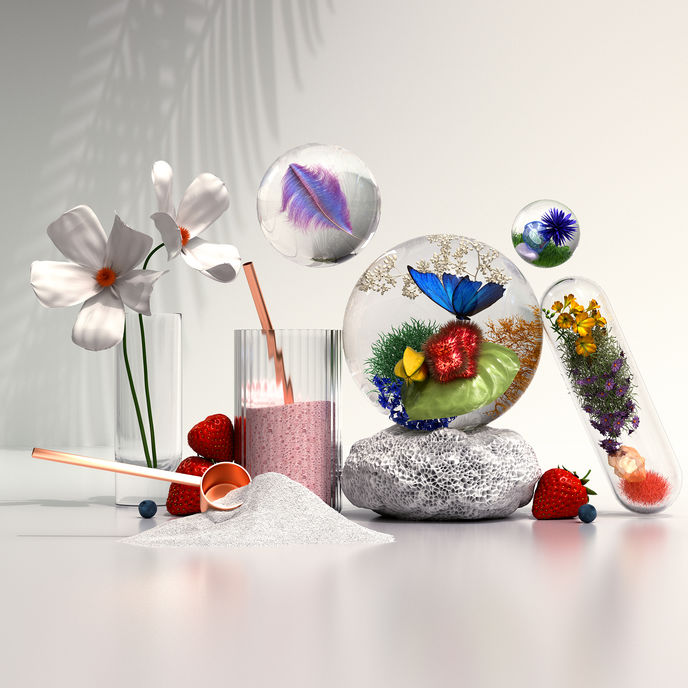 US – Cultured protein developer Geltor is catering to a gap in the food and beverage market with the creation of vegan collagen.

The innovation, dubbed PrimaColl, provides a plant-based alternative to animal-derived collagen. Created using a microbial fermentation technique similar to the process of brewing beer, the artificial protein is chemically identical to poultry collagen and is also suitable for kosher, halal and paleo diets. Suitable for use in food and beverages, PrimaColl caters to consumers who tend to avoid collagens such as gelatin due to its animal origins.

‘Collagen is one of the fastest growing ingredients in the functional food and beverage space and our vegan collagen will deliver functional benefits that will be backed by clinical studies [the results of] which we will be announcing early next year. It’s not a commodity ingredient,’ says Scott Fabro, VP of business development at Geltor.

Building on its annual Global Change Award, led by its non-profit foundation, the collection provides a creative format for quantifying the investment needed to scale up entrepreneurial innovations within the sustainable fashion space. Dubbed the Billion Dollar Collection, this digital garment range represents 10 start-ups – all previous winners of the award who were selected based on their breakthrough material innovations.

Each item in the collection comes with a price tag ranging from £43k–£86.6m ($60k–$120m, €36k–€101m), reflecting the estimated funding that H&M believes is needed to scale up the various technologies – which range from algae-based thread to textiles made from stinging nettles. ‘We have worked with innovators for many years now and their biggest hurdle to realis[ing] their ideas is funding and support to build scalable technology solutions,’ says Diana Amini, global manager of the H&M Foundation. ‘They also need collaboration partners like fashion brands and suppliers.’

H&M is showcasing the importance of funding and partnerships in the sustainability sector. To discover more actions shaping the future of sustainability, explore our dedicated vertical.

UK – Recognising that bodies are each unique – and so too are genitalia – sex toy brand Smile Makers is continuing its inclusivity drive with the launch of an adaptable clitoral stimulator.

‘Based on insights from our community and knowing what was available on the market, we’ve created a product that caters for the fact that all clitorises are different,’ comments Cecile Gasnault, brand director at Smile Makers. ‘Not only in size, but also in sensitivities and pleasure preferences, which is why our product enables the user to create their own experience. They’re the ones in charge.’

In her recent opinion piece for LS:N Global, Gasnault examines how sexual wellness R&D is helping brands and consumers to better understand sexuality through an intersectional lens. 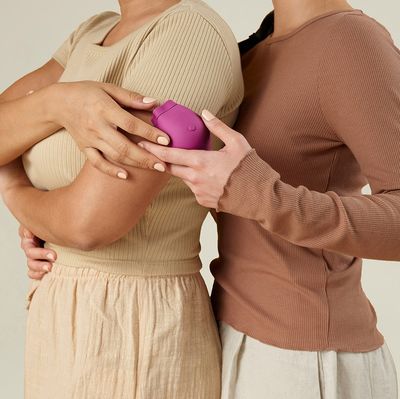 The Poet by Smile Makers, UK
Invocation for Hope by Superflux

Vienna – Speculative futures group Superflux is inviting viewers to experience the current destructive reality of climate change as well as a hopeful future.

Hosted at this year’s Vienna Biennale, the exhibition – called Invocation for Hope – welcomes visitors to walk through a grid of burned trees to reach a thriving, free-form forest. Upon reaching the centre, viewers are met with a pool that shows a reflection of thriving animals, representing hope, regrowth and resilience.

Working forest and fire departments in Austria to source and transport hundreds of trees into the space inside the museum, the burnt trees featured have already been lost to wildfire, offering a tangible representation of climate change. ‘We wanted to tell the story of our journey from current destructive human behaviour toward a hopeful future,’ says Anab Jain, co-founder of Superflux.

This project reflects the ideas we explore in Planetary Health, confirming the ways that consumers are becoming increasingly conscious of the connection between personal and environmental health. Explore this trend within Synchronised Care.