This week: A gin infused with graphic activism, revitalising second-hand fashion, Cadbury encourages consumers to loosen up, a hyper-inclusive overhaul for Adidas and Dubai’s Museum of the Future.

Image: Museum of the Future, Dubai

Washington DC – In response to the recent wave of anti-protest bills passed in the United States, women-owned distillery Republic Restoratives is releasing a gin that borrows from the visual language of protest.

Designed by brand agency Midday, Assembly Gin takes its name from the ‘freedom to assemble’, a direct reference to the individual right to peaceful protest. The typeface on the bottle is inspired by the 1968 Memphis Sanitation Strike, the event in which Martin Luther King proclaimed: ‘the masses are rising up’. Other protest posters, including the historic I Am A Man sign from the same strike, also informed the designs.

The company's emphasis on assembly is also a reference to the distilling process, where ingredients come together to create something that’s stronger than the sum of its parts. With an unusually savoury taste profile, including notes of tomato leaf, olive leaf, fennel, and oregano, the gin has been designed to ‘leave a bitter taste in the mouth of discrimination’.

Blending protest with alcohol, Assembly Gin demonstrates how beverage companies can use packaging design and branding to accelerate political action.

UK – Finds is a social commerce platform with a mission to make online shopping as exciting as digging for vintage treasures in real life. To do this, sellers can tap live-streamed video content to resell second-hand goods.

Described as a combination between TikTok and Depop, Finds focuses on community. Users can follow creators as well as like and comment on their posts, replicating the social media experience, and both sellers and buyers can filter their feeds to suit their preferences. The app's name derives from the thrill of discovering something unique in a shop or thrift store, usually referred to as a ‘good find’. With a colour palette that combines vibrant greens and purples, the app’s identity is heavily influenced by the 1990s, a period of fashion that is particularly popular among its Gen Z target audience.

By taking a content-led approach, Finds is aligning itself with other social marketplaces that blur the lines between content, commerce, and media. To learn more about this model, readers can revisit the interview we conducted with Jesse Lee, the founder of luxury resale platform Basic.Space.

3. Cadbury encourages consumers to loosen up

The campaign was developed in collaboration with Oglivy India and Wavemaker India and includes a series of mock disclaimers that appear as ads before YouTube videos. Leaning into the ludicrous, these disclaimers make light of today's cancel culture by satirising the concept of trigger warnings. Before a video of a cooking programme, for example, the Cadbury disclaimer announces ‘contains scenes of graphic violence against carrots’.

‘These days we get triggered by anything and everything. Perk has a history of work which has always stood for keeping things light and fun. So, our idea is quite fun and modern, adding a fun warning before any video that you may watch,’ explains Sukesh Nayak, chief creative officer of Cadbury India.

Although risky, this campaign demonstrates how companies can tap into Resilience Culture and take a stand in pop culture debates.

Germany – After conducting research that found 90% of women wear the wrong-sized sports bra, Adidas is re-engineering its entire sports bra portfolio to cater to the needs of all active women.

The new collection is the result of significant research and extensive testing performed in collaboration with the University of Portsmouth in the UK. With research indicating that wearing the wrong bra can cause skin stretch, the collection includes 43 new styles that cater to more bodies and exercise types than previously. Accommodating to the individual needs of active women, the new collection comprises Everyday bras for lounging, Studio bras for low-to-mid intensity activities, Train bras for HIIT sessions, and Run bras for the highest level of breast support.

As the health sector's gender data gap impacts women’s wellbeing and athletic performance, there’s a rising need for Protective Performance Apparel. ‘The wrong sports bra can have a serious impact on performance and efficiency – for example, if you run a marathon, unsupported breasts travel an extra four miles on their own,’ explains Amy Charlton, senior director of product at Adidas. 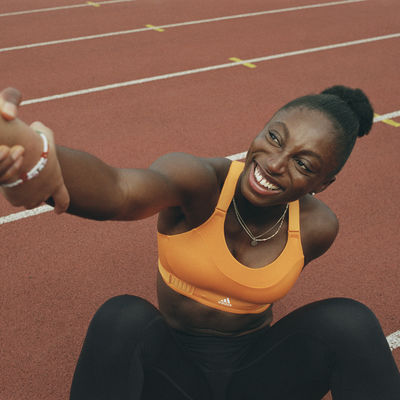 5. This Dubai museum is a machine for the future

Dubai – Opening today, The Museum of the Future is a centre dedicated to future thought, technology and innovation in the United Arab Emirates. It features a permanent exhibition of speculative proposals that aim to stimulate debate about human growth and development.

Instead of static displays, the museum will act as a testbed for new concepts, ideas, visions, and technologies. Science, artificial intelligence, space exploration, climate adaptation, urban living and mobility are among the intellectual and environmental subjects that it will explore through its exhibitions.

‘The Museum of the Future is a ‘living museum’, constantly adapting and metamorphosing as its very environment drives continual and iterative change to its exhibits and attractions,’ explains Mohammed Al Gergawi, chairman of the Dubai future foundation.

Turning the museum into a machine for the future, the centre demonstrates how cultural institutions can help forge new paths instead of simply archiving the past, something we explore in Post-modern Museums.