Designed by concept agency Zware Jongens, the space is built around the idea of allowing customers ‘to see and be seen’. Through strategically placed mirrors, shoppers can view their eyewear from all angles, while feeling immersed in the light-filled openness of the environment. Glass facades have also been placed at both sides of the store, with the back opening out onto a rear garden.

Forming an extension of the space, visitors are invited to step into the garden to view their glasses in an outdoor setting. ‘We wanted to offer a space where guests could actually hang out and test the glasses outdoor ‘in the shop’, rather than going to the streetside,’ Filip Janssen, founder of Zware Jongens, tells LS:N Global.

By using outdoor space in this way, the retail destination is fostering a sense of exploration and sanctuary for consumers.

UK & France – Auction house Christie’s is selling a bottle of French wine that orbited the Earth for more than a year, with the aim of funding further research into the future of agriculture.

The wine, a Pétrus 2000, has become available after returning from a 14-month trip on the International Space Station (ISS). It was sent to space as part of a series of experiments by European space startup Space Cargo Unlimited, along with 12 other bottles. On returning, the bottles were put through a series of experiments to identify the ways that plants adapt to space conditions.

With findings showing that the space-aged wines revealed significant differences in the colour, aroma and taste components, the project suggests potential future development for the food and drinks sector. Tim Triptree MW, international director at Christie’s Wine & Spirits Department says: ‘This bottle of Pétrus 2000 marks a momentous step in the pursuit of developing and gaining a greater understanding of the maturation of wine.’

Elsewhere, we’ve previously identified the ways that scientific innovation is resulting in virtual, synthetic cocktails of the future.

UK – Social enterprise Hey Girls is launching an advertisement that intentionally makes viewers angry, connecting their feelings to those who experience period poverty.

The Seeing Red campaign embraces an emotion that most brands would want to avoid in their advertising, turning it into a way to communicate the shame, embarrassment and belittlement felt by some people unable to afford period products.

Created by advertising agency Adam & Eve DDB, the film features numerous characters, including a girl caught unprepared by her period at school. To create the film, the agency collaborated with a social psychologist, utilising scientific research to inform colour choices, visuals and sound cues in order to illicit feelings of anger among viewers.

‘Every creative choice was measured against one question: will it make people angry?’ explains Laura Rogers, global creative director at Adam & Eve. ‘This sometimes put us at odds with our instincts to refine and finesse. But when it felt uncomfortable, we knew we were on the right track.’

While the campaign grabs attention by making people feel uneasy, it also demonstrates how brands and advertisers can be effective in highlighting and eradicating period poverty.

US – Apparel brand Hollister is turning to social media personalities Charli and Dixie D’Amelio to grow a fashion label for digitally-native Generation Z.

This multi-year partnership begin with the creation of Social Tourist, a youth-focused fashion brand that takes inspiration from the D’Amelio sisters’ own experiences on social media. The range will feature gender-inclusive designs, trend-led products, swimwear and limited-edition pieces, with new products available every month to retain engagement among Gen Z audiences.

To create the brand, Hollister engaged the D'Amelios with product design, selection, branding and marketing for Social Tourist – with all decisions taken to reflect the digitally-native lifestyles of young people. ‘Charli and Dixie are the quintessential example of what it’s like to grow up in the digital world, and we've always believed they authentically represent our teen customers’ mindset both online and in real life,’ says Kristin Scott, global brand president at Abercrombie & Fitch Co, parent company of Hollister.

Through this collaboration, Hollister shows how brands can break out of creative ruts by welcoming external perspectives and collaborators – something we identify in our Outside Insiders trend within Elastic Brands. 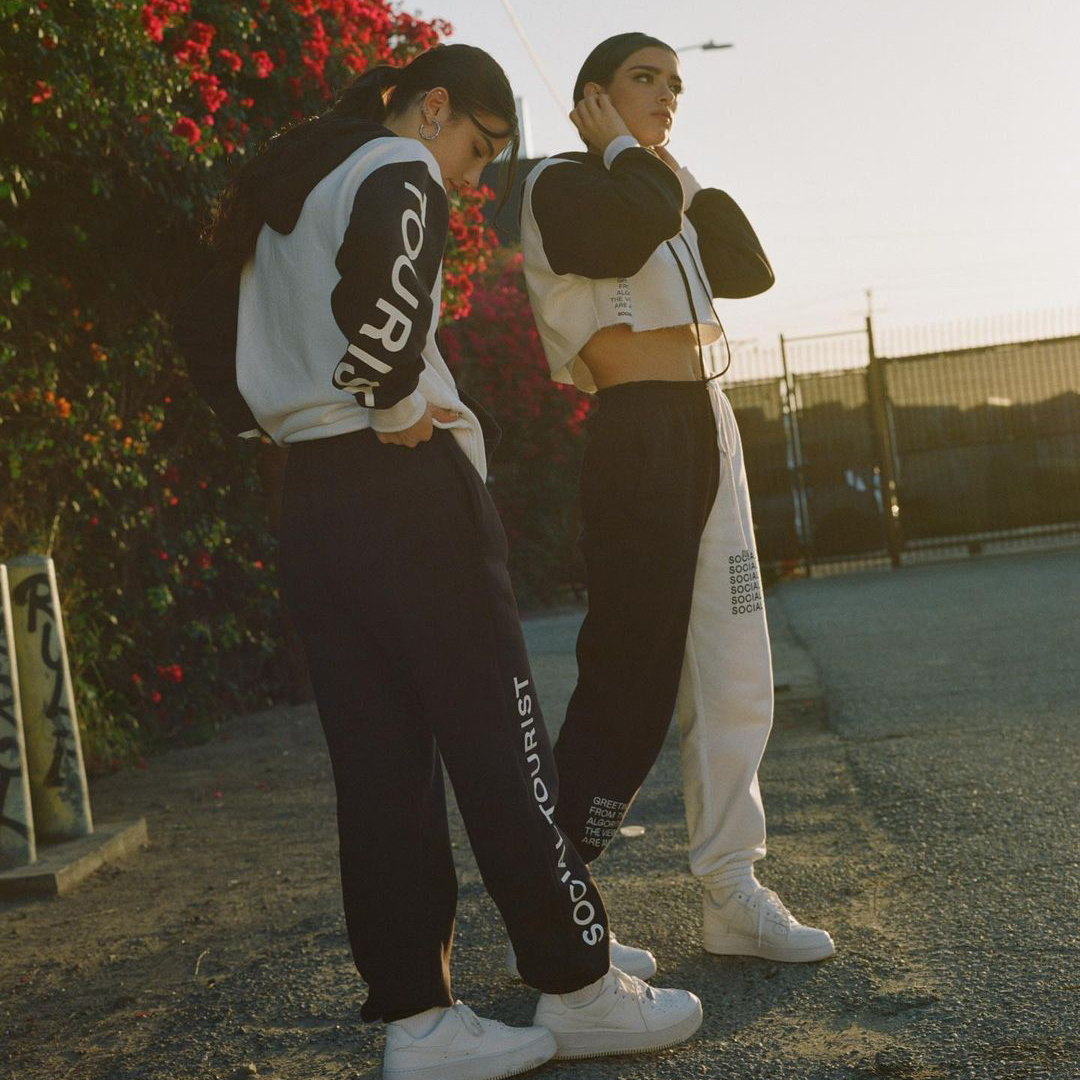 US – Fashion designer Prabal Gurung is partnering with online marketplace Etsy to create a home décor collection in collaboration with global artisans.

The homeware line takes inspiration from Prabal Gurung’s nomadic lifestyle, leaning on Etsy’s global community of makers to create a diverse range of products. Designed with 11 Etsy artisans based all over the world – including in the US, India, Germany and the UK – each piece is reflective of the creator’s unique aesthetic and background. The collection features a range of table linens, hand-painted dinnerware and handmade candles.

Gurung’s limited-edition collection is available to buy on the Etsy shopping platform, with accessible prices that start at just $28 (£20, €23). ‘This collection welcomes you to take a seat at the table and celebrate the art of living, with a worldly sensibility that shines a light on the diverse independent makers in the global Etsy community,’ explains Gurung.

Luxury brands such as Prabal Gurung are recognising the benefits of artisan retail. For more, discover how ethical fashion and homeware brands have been supporting artisan suppliers throughout the pandemic.