Available as a mobile app, Louis the Game expands on the ways many luxury and fashion brands have been exploring gaming as a tool to engage wider demographics. The adventurous nature of Louis the Game breaks away from gaming tied to product launches, using an adventure format for storytelling and immersion into the company’s creativity. In a nod to luxury’s future, gamers can even acquire on of 30 NTF artworks within the game.

Through Louis the Game, Louis Vuitton is reworking its heritage in a way that is educational and entertaining and relevant for audiences, while also demonstrating how tradition and technology can unite. 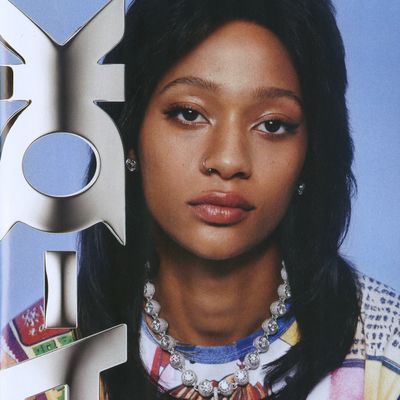 US & Italy – The musician is building on his cultural influence with the launch of a luxury company called Homer. Its inaugural collection features handcrafted fine jewellery and printed silk scarves. Taking inspiration from Frank Ocean’s ‘childhood obsessions’, the colourful products – including enamelled necklaces, diamond collars and gold rings – have been collated and shot for a catalogue, with imagery photographed by Ocean and his creative collaborator Tyrone Lebon.

To bring the brand to life in a physical setting, the musician has also opened an appointment-only store within Manhattan’s New York Jeweler’s Exchange shopping mall. According to a press release, the name Homer ‘represents carving history into stone.’ By capturing his personal mindsets in this way, the artist translates his cultural influence from music to luxury goods.

As the luxury sector continues to diversify, there is growing potential for new tastemakers to add fresh products and perspectives. To discover more ways that the entertainment sector is impacting premium products and marketing, explore Luxtainment.

Not in Milano by Yes Milano

Milan – Seeking to reignite the appeal of business travel, tourism promoter Yes Milano is highlighting bleisure trips in its latest campaign. Titled Not in Milano, the international campaign positions the Italian city of Milan as being key destination for enjoyable business trips. Purposely showcasing a slower approach to business travel, the core idea is to highlight how workers can soak up the city while also being there for work.

By rejecting stereotypes associated with business travel, this initiative engages audiences through lifestyle cues that are usually reserved for pleasure-based travel. In turn, this strategy also supports Milan’s long-term approach to tourism. ‘The goal is to increase the quality of tourism here, rather than the number of tourists,’ comments Luca Martinazzoli, general manager of Milano & Partners, the official promotional agency of the city. ‘Being mainly driven by business purposes, this type of tourism is sustainable with the city.’

While business travel has been largely halted during the pandemic, ongoing remote arrangements mean that there are fresh opportunities to connect with Wandering Workers.

China – With some drinkers seeking tipples that have functional benefits, brewer AB InBev is launching a low-alcohol, sparkling tea wine for Chinese consumers. Dubbed For Chill, the ready-to-drink tea is made from concentrated tea powder combined with wine. Its branding, by design agency Low Key Design, features illustrations centred around characters called Fookis.

Communicating the idea of providing a relaxing and comfortable drinking experience, the Fookis are shown in a ‘weightless floating city enjoying daily urban life such as music, sports and lying around.’ Here, the brand captures the idea that drinking alcohol can induce a sense of calm and doesn’t need to be associated with hedonism or excess.

Since 2015, we’ve been tracking the rise of Tipsy Tea, as drinks brands recognise the health benefits of replacing sugar-laden mixers with natural tea leaves. Looking ahead, this category is set for growth as the ready-to-drink market evolves to usher in new opportunities for health-minded Millennial and Generation Z consumers.

Driven by the mindset that many traditional design houses ‘underestimate’ young generations, the launch of VTMNTS comes as part of a wider mission to improve the luxury fashion industry. ‘Our goal is to give the young, cool generation the same quality feeling that Hermès gives their sophisticated clientele,' explains the brand, whose aim is to ‘redefine traditional luxury for the next generation.’

As the luxury sector recognises the importance of Gen Z, retailers such as Yoox and Vetements are building sub-brands catered specifically to this discerning generation.