Set to launch in Germany later this year, before rolling out across Europe in 2022, this strategic partnership will bring several thousand beauty products from more than 300 prestige brands to the Zalando site. Through this initiative, both brands are tuning into the interests of their customers and recognising the potential for beauty and fashion retailers to benefit each other.

‘Beauty represents a huge and exciting opportunity for us, with the online beauty market still largely untapped in Europe,’ says David Schneider, co-CEO at Zalando. ‘As a one-stop destination for fashion and lifestyle, we want to empower and inspire Zalando customers to find the perfect choice of fashion and beauty in one place and at the same time give our brand partners a platform for their digital success.’

Discover our Retail and Beauty verticals for more about e-commerce innovations in both of these sectors. 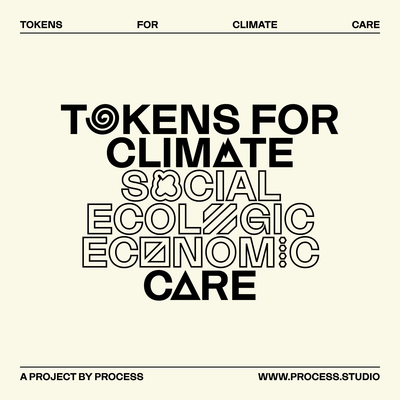 London – Design studio Process has created a generative tool that supports climate activists by creating new logos based on their agendas.

The studio’s Tokens for Climate Care project combines technology, design and solutions to help address what the studio believes to be climate activism’s branding problem. Initially presented as an interactive installation at Somerset House in London, users can access the generator via their mobile phones, pick three value-driven keywords and receive a unique symbol generated by artificial intelligence (AI), which is ready for download and free to use in their own digital activism efforts.

‘In the age of social media, companies and initiatives alike are competing to be visible on a global scale,’ explains Martin Grödl, co-founder of Process. ‘Small climate initiatives and grassroots movements usually don’t have marketing and branding budgets. Our tool might help at an early stage by providing a starting point for a logo for free.’

Similarly, we explore the positive impact that AI will have on the future of branding in our interview with Yali Saar, founder and CEO of Tailor Brands.

Emerging from the city's street vendor cooperative Top Manta, the chunky sneakers are designed to replace the often counterfeit designer accessories sold locally, marking a collective step towards more responsible selling. Created using vegan materials and priced at £99 ($137, €115) per pair, Top Manta will initially produce 400 pairs of trainers in a variety of sizes, with plans to produce more in line with demand.

Ande Dem's branding and supporting campaign critiques the optimisation message of other sports brands by highlighting the realities of street vendors’ lives. The name Ande Dem translates as ‘walking together’ in Wolof, the Senegalese language spoken widely among vendors in Barcelona. All profits from sneaker sales will be used to support their livelihoods, while Top Manta also ensures ethical manufacturing in family workshops in Alicante and Portugal and local material sourcing.

For brands, there are lessons to be learned from the resilience and ambition of such communities. For more, read how Brazilian neighbourhoods took matters into their own hands during the pandemic in our opinion piece by Lydia Caldana.

4. An olfactory exhibition reworked as a virtual experience

The Netherlands – The Mauritshuis gallery is bringing its olfactory exhibition to viewers at home through a fragrance box and virtual see-and-smell tour.

The Fleeting – Scents in Colour exhibition explores both pleasant and foul scents from the 17th century. While it will soon be open to the public, visitors are also welcome to experience the government collection of paintings through a digital lens. The virtual tour will be led by culinary journalist Joël Broekaert and Mauritshuis curator Ariane van Suchtelen, inviting viewers to smell various scents in the fragrance box as they appear in the tour – simultaneously seeing and smelling the art on display.

In the physical exhibition, viewers can look at the artworks and release associated scents via dispensers. By providing both in-person and home-based viewing options, the gallery is catering for the different needs of inter-Covid consumers.

This interactive approach also shows how brands and organisations can re-stimulate emotion and feelings through sensory cues – something Linda Ralph explores in her opinion piece. 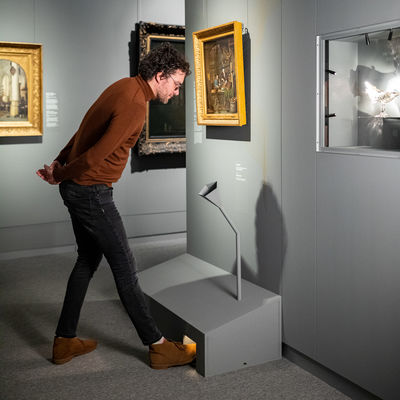 The Poet by Smile Makers, UK
Airbnb Host Essentials by Muji, US

US and Japan – With travel set to surge in the inter-Covid period, the home rental platform and lifestyle brand are partnering to provide room and accommodation hosts with budget-friendly amenities.

The Airbnb Host Essentials kits by Muji include guest necessities such as towels, hangers, coffee mugs, table settings and glassware – a product selection built from a list of essentials named in a frequent traveller survey by Airbnb. In a bid to make rental preparation more seamless for hosts, the 23-piece amenity kits are also neutrally designed to suit any aesthetic and home set-up.

With this service, the two brands ensure hosts and visitors have everything they need, while retaining style, quality and value. ‘Our focus when preparing for guests is centred around the actual experience of being there,’ says Sara Combs, an Airbnb host. ‘It’s so important to have the right amenities to become much more than just a place to sleep.’

As the travel sector rebuilds, this partnership demonstrates new opportunities for brand collaborations in light of a home-sharing revolution.