The Togetherness Economy Takes Off

A Foresight Report for FleishmanHillard

In the wake of f**k you cancel culture and the ongoing culture wars, The Future Laboratory co-founder Martin Raymond considers how togetherness and Neo-collectivist thinking are revitalising a hitherto fractious brand versus consumer landscape in a new report for FleishmanHillard on The Togetherness Economy

Spoiler alert! You are either the kind of person who objects to the word f**k appearing in print or you are someone who wholeheartedly embraces it. If you are the former, you will inevitably despise the latter, and if the latter, you probably think the former should go fuck themselves. Such are the divisionary and divisive times we live in.

But as a recent report, The Togetherness Economy from global PR company FleishmanHillard suggests, togetherness, in terms of working together or at least seeking common ground, is increasingly an option as many consumers grow weary of an ever more incendiary culture.

This, of course, chimes with our own research on Neo-collectivism, which examines how a crowd mentality (and all the dangers inherent in it) is fast transforming itself into a trust-based mindset where we are increasingly using our collective fire power to actively support and promote those brands, businesses or organisations that proactively foster togetherness. This at a time when many consumers (45%) believe that brands are creating divisions by reinforcing stereotypes, or failing to represent minority groups or points of view in their advertising and marketing material.

Read on to hear more from The Future Laboratory's co-founder Martin Raymond, and click below to read the full report. 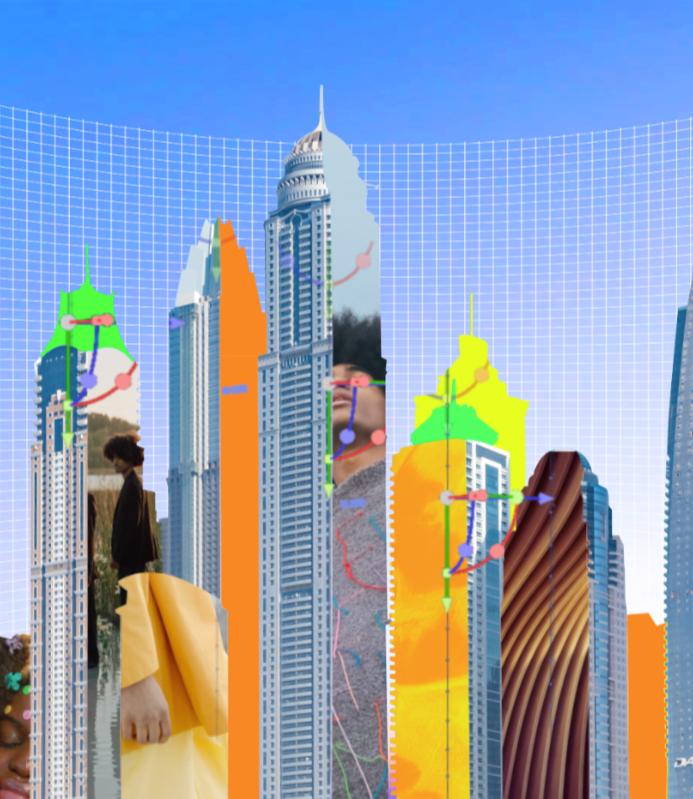 Sam Miles for The Future Laboratory

Unsurprisingly, according to the report’s findings, the fashion, beauty and healthcare sectors scored highest when it comes to categories that are most likely to use trope-laden imagery and content to drive division and dissent.

It is precisely this desire to connect that is driving our current Neo-collectivism macrotrend.

We are, for instance, witnessing the rise of ‘togetherness economics’ with apps and initiatives such as NextDoor, where you can support your neighbours on more community-focused ways; Buy Nothing, which allows you to collectively share neighbourhood tools; or Vrienden, a furniture brand that operates as a social design network, positioning strangers’ living rooms as showrooms where they can buy furniture.

Sam Miles for The Future Laboratory

All of this, along with Web3 and the rise of decentralisation generally, ushers us closer towards a collectivist mindset, and to developing more meaningful and lasting connections. This, says Harvard Professor Robert Waldinger, a key contributor to the report along with myself, is paramount to having a happy and fulfilling life.

And Waldinger should know. He has been instrumental in carrying out one of the world’s longest uninterrupted studies into why social connections are crucial to optimising our sense of wellbeing, happiness and overall sense of social cohesion.

In the report, he refers to these as ‘togetherness traits’, but from speaking to him, I also regard these as future possible, preferable and plausible scenarios which, if implemented correctly, could provide us with a better and more cohesive blueprint for tomorrow.

When thinking about inclusion, for instance, he wonders do we ever ask ourselves who we’re forgetting? When depicting those that are typically left out, how do we portray them? Or indeed, when communicating our brand or notions of happiness and success generally, do we show people connecting with each other, or do our images of the good life depict solitary individuals enjoying their purchases by themselves?

In all instances he’s reminding us about collectivism versus individuality, and the role the former plays, along with togetherness, in encouraging us to create a more cohesive, collaborative and collectivist future.

As Waldinger says: ‘Cohesion ultimately comes from connection.’ But connection as we know it only happens when we come together to listen rather than to tell each other to f**k off.

‘Community, conviviality, collaboration, conscientiousness and cooperation are all fundamental parts of our species’ existence.’

Are you ready for what’s new and next?

To learn more from about The Togetherness Economy, download the full report here.

If you are interested in finding out more about our foresight reports that combine quantitative and qualitative research with original case studies and innovations to achieve your business objectives, click here.

For more about our client reports and case studies, get in touch with a member of our team.