Young Japanese consumers are more realistic, conservative and risk-averse than their predecessors, and are rethinking what it means to grow up.

Japan is a country with a damaging culture of overwork, a high suicide rate and a strong societal pressure to succeed. Paradoxically, the country’s demanding culture has instilled a heightened sense of contentment among young Japanese consumers, who are in pursuit of a less materialistic lifestyle.

Japan’s Millennials are losing interest in markers of success such as owning a house, car and a tv. Instead, they are opting out of this lifestyle and accepting the fact that many people in their 30s are unemployed, unmarried and living with parents.

What adulthood means in Japan is becoming increasingly fluid. Dubbed the satori generation in 2010, Japan’s Millennials are losing interest in markers of success such as owning a house, car and a tv. Instead, they are opting out of this lifestyle and accepting the fact that many people in their 30s are unemployed, unmarried and living with parents. According to the Statistical Research and Training Institute, Japan had an estimated 4.5m unemployed and unmarried 35–54-year-olds still living at home in 2016, who have been called 'parasite singles'.

The government is attempting to instil a sense of maturity in the country’s young adults, however. In an effort to tackle low political engagement among young people, the voting age was lowered from 20 to 18 in 2015. According to official data from the House of Councillors election in 2016, this move proved effective – the turnout for 18-year-olds (51%) was slightly higher than that of those aged 40 to 44 (50%). Furthermore, the youth vote leant heavily towards the conservatives, supporting the country’s right-leaning Liberal Democratic Party.

Alongside the right to vote, 18-year-olds may soon be considered adults under a new proposal supported by the government. At present, those aged 20 are deemed to be adults and can get married, sign contracts and take out loans without the consent of their parents. But drinking alcohol, smoking and gambling will still be banned for those under 20.

Among those who are refusing to conform to typical norms of adulthood are the hikikomori, a culture of people who live in isolation and rely on their parents for basic needs. The Japanese government officially defines hikikomori as people who haven’t left their homes or interacted with others for at least six months, and a December 2015 census estimated that there are 540,000 15–39-year-olds living this way.

‘The longer the hikikomori remain apart from society, the more aware they become of their social failure,’ Maika Elan, a photographer who documents hikikomori, told National Geographic. ‘They lose whatever self-esteem and confidence they had, and the prospect of leaving home becomes ever more terrifying. Locking themselves in their room makes them feel safe.’ 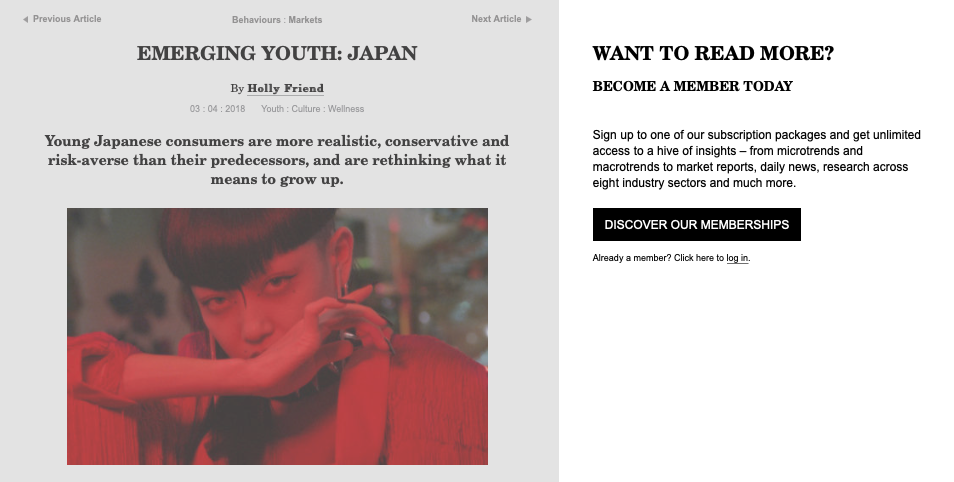