Barcelona – The plant-based kebab shop is taking inspiration from the art of protests in its branding, in a bid to reframe associations with veganism. Using ‘expressive and spontaneous protest graphics’ to inform its black and white typography, the branding shuns the conventional planet-positive design cues commonly found in plant-based communications.

Created with local advertising agency Usted and design studio Pràctica, Good Shit integrates important messaging around nutrition, environmental concerns and animal welfare, while avoiding a ‘lecturing’ approach. Its name, Good Shit, balances the idea that the kebabs are consciously made, while not shying away from being a fast-food brand. ‘Good Shit needed to express much more than just the idea of selling kebabs – the issue behind it is very serious: the survival of the entire planet,’ explains Anna Berbiela, co-founder of Pràctica. ‘So, the activism is there, but the idea was to present it in a light-hearted way.’

Such branding demonstrates how the notion of Vibrant Veganism is evolving to align with the youth-led, future-positive design language of Graphic Activism.

Lanebreak is a rhythm-based cardio experience that mimics a video game, complete with a virtual wheel, a floating racetrack, and a dynamic music mix. Riders are challenged to choose a level and maintain the resistance required to achieve high scores. By sliding the resistance knob left or right, riders can even ‘switch lanes’ to gain extra points, adding a competitive element to the activity.

With exclusive tracks by the likes of St. Vincent, DJ Honey Dijon and TOKiMONSTA, music is central to the fitness experience. ‘Members can choose levels based upon genre or artist and each level is individually designed to follow the flow of the music and goal of the workout,’ explains David Packles, senior director of product management at Peloton.

While Exertainment has been threatening to hit the mainstream for years, Peloton shows how, by combining exclusive music with gaming, it can maintain an edge in an increasingly saturated sector.

Toronto – Going against widespread shifts in clean beauty, The Ordinary is opting to champion a controversial ingredient in its new haircare line: sulphates.

Banned by retailers such as Sephora and Credo, sulphates have fallen out of favour with consumers seeking non-chemical beauty alternatives. Used for decades as a cleansing and foaming agent in personal care products, sulphates have acquired a negative reputation as the clean beauty movement grew.

Now, chemists, product formulators and doctors are now debating whether the reputation is justified. Sulphates, they claim, are one of the most effective and cheap substances for washing hair and generating an ideal lather when used in the right concentration. They are not an allergy, a hormone disruptor, or a cancer-causing substance.

In keeping with The Ordinary’s Skintellectual approach, the new haircare products are named after the key ingredient in each formula. The shampoo, for example, is called the Sulphate 4% Cleanser, which has led to polarising debate online. The Ordinary’s decision to resurrect shunned sulphates has generated a lot of publicity. Perhaps missing from the brand’s communication, however, is the fact that sulphates typically cater to Western, white hair.

4. MCQ is infusing apparel with fragrance

Each jacket, with ten in total, is made of leather alternative Mirum and hand painted by New York artist Kevin Emerson. Representing the first time this material has been made into clothing, MCQ chose to highlight the strengths of the bio-based material rather than replicate the look or feel of leather. Mirum is made using rice hulls and was customised for the jacket specifically – MCQ chose to keep the rice hull speckles and unique texture in celebration of green material innovation.

Another of animal hide’s key characteristics is scent. Here, MCQ has infused the material with its own unique aroma. The white clay used to create the base hue is steeped with woodsy essential oils which will hang on the garment for around a year, lending the Mirum sensory distinctiveness and depth.

Moving on from our Multisensory Beauty microtrend, we can see how brands are experimenting with beauty and fragrance through indulgent sensory experiences. 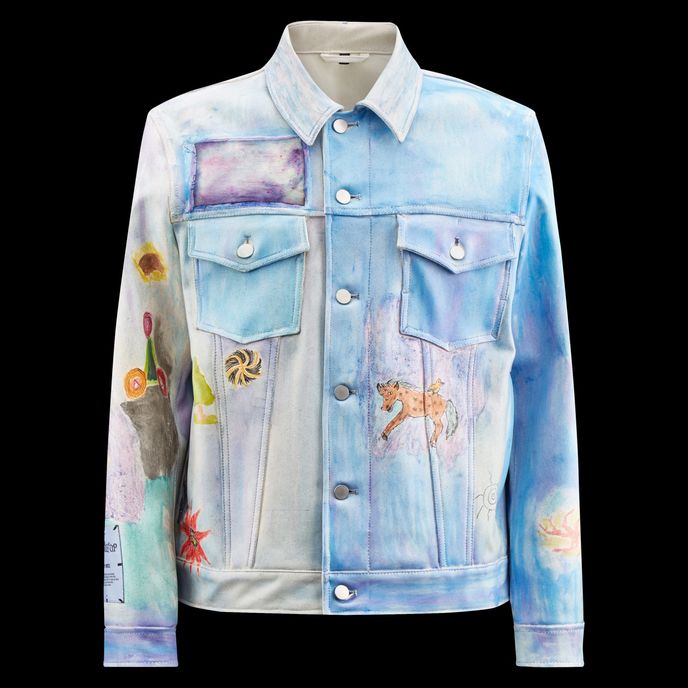 Denmark ­– Ohhcean is a line of sex toys made from recycled plastics created by Scandinavian brand Sinful. Tackling the sex toy industry’s dependency on unsustainable materials, the collection is made of repurposed plastics found in Southeast Asian oceans.

To create the collection, which is comprised of a wand and two vibrators, Sinful collaborated with Tide, a Swiss manufacturing company that converts plastic waste into items. By partnering with local fishermen, Tide collects thermoplastic polyethene terephthalate (PET) plastic from the shorelines of Thailand's seas, streams, and lakes. Ensuring that every step of the production process is sustainable – not just the manufacturing – the line was created entirely on renewable energy.

As product designers continue to rethink the potential of plastic, there is scope to reimagine the afterlife of waste. ‘The question was how to take something that already exists and put it to new use? The answer for us, at this moment, was ocean-bound plastic – we want to focus on different ways to approach production and think in new ways concerning material,’ explains Mathilde Mackowski, co-owner of Sinful.