Berlin – A new high-tech, automated pharmacy with a distinctly retro-futuristic aesthetic has opened in the German capital’s Schultheiss Quartier.

Apotheke is a premium drug store that balances elements of old and new with human and machine. Designed by Studio Aisslinger, the Pharmacy of the Future mixes mid-century design details with high-tech functionality. Medicines are dispensed by a robotic arm, which moves across the shelves, picking and delivering medicines. Prescriptions are then checked by a pharmacist before being handed over.

Explaining the design on its website, Studio Aisslinger says: ‘Natural colours make clients feel snug and safe. The spatial concept follows the idea of free and unrestricted movement: no counter predetermines where the customer must go, no barrier gets in his way. Casual seating allows [customers] to sit and rest, walls made of glass bricks turn the strict separation between dispensary and laboratory translucid.’

For more on how the world of medicine is being redesigned, explore our Post-Pharmacy Brands microtrend. 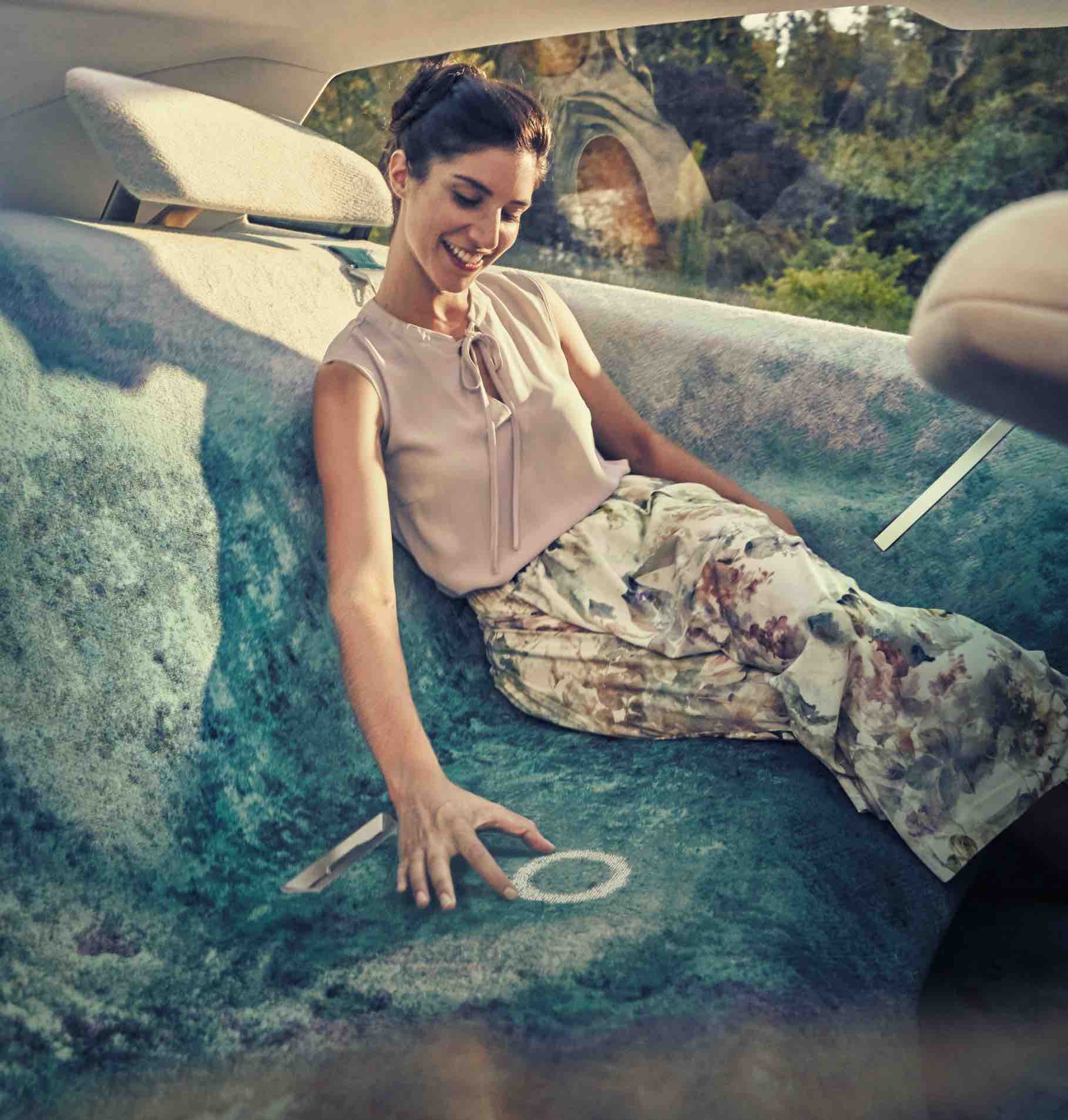 Germany – BMW i has announced it is releasing a highly automated, emission-free and fully-connected car that is designed like a living space on wheels.

The BMW Vision iNext, set for release in 2021, will provide passengers with the freedom to relax in a new type of mobile space. The rear of the vehicle has a particularly lounge-like character and features Shy Tech, an integrated invisible technology system that only appears when required. The driver’s area will also adapt based on different driving modes.

‘BMW i exists to generate creative, pioneering ideas that transform the way we think about mobility,’ says Adrian van Hooydonk, senior vice president of BMW Group Design. ‘The BMW Vision iNEXT marks another next big step on that journey of transformation, showing how more intelligent vehicles can make our lives easier and more beautiful.’

Developments like autonomous driving and connectivity are opening up possibilities for future vehicles by introducing the idea of leisure and rest to conventional automotive design. Recently, Ikea’s innovation lab Space10 imagined the future of self-driving vehicles with a series of speculative car interiors, such as a convenience store and a moving hotel.

Sweden – A new ad by the feminine hygiene company is encouraging women and girls to feel more confident about their vulvas.

The company, known as Bodyform in the UK, has already tackled the taboo of periods. Now, for its line of personal hygiene products, it’s turned its attention to the stigma surrounding the vulva, citing that over half of women think theirs is imperfect. In response, Libresse has launched Viva la Vulva, a campaign film featuring a objects that resemble vulvas, such as oysters, grapefruits and fortune cookies, as well as women inspecting their own genitals.

Set against the song 'Take Yo Praise' by Camille Yarbrough, with lyrics such as ‘you make me glad I’m a woman’, Libresse hopes to alleviate women’s insecurity about the appearance of their vulva. According to a recent BBC News article, girls as young as nine are requesting labiaplasty, a surgery to reshape the lips of the vagina.

Brands that wish to challenge the taboo around feminine hygiene should not focus solely on menstruation, but address the vagina itself.

4. Coinmine simplifies the creation of cryptocurrency

Los Angeles – The start-up's Coinmine One device uses electricity and computer power to simplify the mining and management of cryptocurrency.

While crypto mining typically requires several pieces of hardware and wallet solutions, which can be difficult to obtain, the Coinmine One offers a more straightforward way for newcomers to become miners.

The hardware product is minimalist in design, allowing it to sit on a desk or in the home. It automates the creation of cryptocurrency wallets in one place, using only electricity and computing power. It also comes with an app to further simplify the process. ‘Many people want to be a part of the crypto revolution, but crypto hardware, software and wallets are too hard and time consuming to set up, and more importantly, to update,’ reads a statement from the company.

Retailing for $799 (£624, €708), the device falls at the higher end of the market, making it a product suited to those chasing Crypto-affluence. 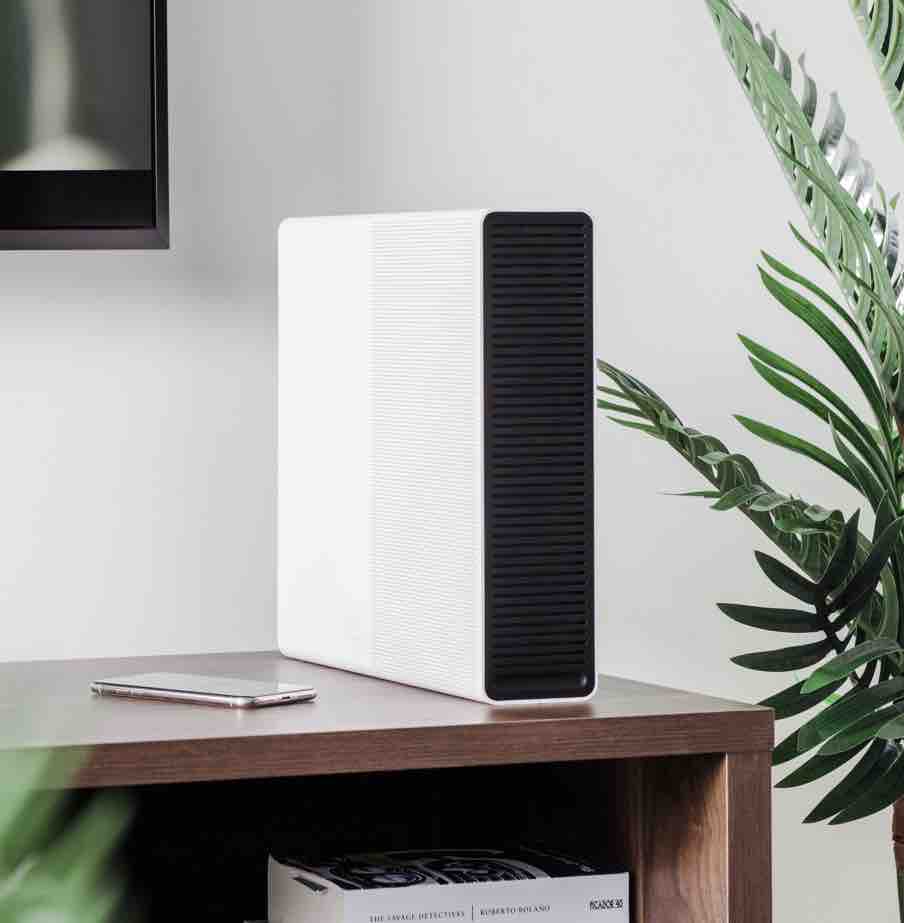 The latest exhibition by the Swedish Design Museum is not in one place, but scattered around the country within a number of homes for sale. Referencing the Swedes’ penchant for visiting open houses for design inspiration, visitors will be able to step inside the homes of real people as a way to understand the country’s culture.

Featuring a hand-picked selection of homes, from rural villas to urban apartments, the exhibition – which is part of a tourism push from Visit Sweden – will also be accessible online. ‘Travellers around the world with an interest in design are curious of, and want to experience, Swedish lifestyle and culture. This is exactly what The Home Viewing Exhibitions will offer them,' says Jennie Skogsborn Missuna, CEO at Visit Sweden.

Consumers are increasingly seeking ways to learn about a country’s culture without the need to physically travel. This summer, Japan House opened its latest outpost in London.