This week: No-Lo liquor for the sober-curious, AI attorneys, make-up made more inclusive, futuristic waterways in Taiwan and glacial loss due to the ever changing climate.

1. Meet Sippers, the online no-liquor store for the sober-curious

UK – With increasing numbers of no- and low-alcohol versions of traditional tipples, finding these options on the market can be overwhelming. Enter Sippers, an online marketplace entirely dedicated to non-alcoholic drinks.

As sober-curiosity is rising, newly launched platform Sippers wants to make non-alcoholic drinks more accessible and convenient for anyone, from people cutting down on alcohol to those trying to quit drinking altogether. The online store only carries no- and low-alcohol beverages, with an extensive catalogue including wine, beer, spirits, pre-mixed cocktails and functional drinks, with a particular focus on putting forward independent brands.

This sober one-stop shop is the brainchild of Millie Gooch, who is also behind Sober Girl Society, a UK-based online platform dedicated to promoting sobriety among women. Frustrated with how confusing and time-consuming identifying alcohol-free options is when shopping online, Gooch co-created Sippers. ‘When I see alcohol brands bring out a non-alcoholic version, sometimes it feels like it’s a tick-box exercise,’ says Gooch. ‘Having a dedicated space run by people who are so passionate about the category makes it easier to communicate our message.’

With a strong focus on the community it is serving and on dedicated small brands, Sippers is a good example of how wellness-centric businesses can balance flavour and function to fit modern lifestyles.

2. An AI-powered robot lawyer will represent its first defendant in court

US – An artificial intelligence program trained to act as a lawyer is set to make its courtroom debut, arguing in two speed ticket cases in February 2023.

Created by start-up DoNotPay, the so-called robot lawyer will be the first AI system to be used to help defend a case in court. To make this possible, the AI chatbot will dictate prompts to the defendant through Bluetooth-connected headphones, using code to figure out the optimal strategy to argue the case.

DoNotPay previously started using chatbots to help consumers avoid paying fines and late fees, but the advancements offered by OpenAI’s ChatGPT technology opened up new possibilities for the form. ‘The law is almost like code and language combined, so it’s the perfect use case for AI. I think that this is the biggest potential for GPT and large language model technology,’ explains Joshua Browder, DoNotPay’s CEO and founder.

With the recent surge in AI use cases, DoNotPay’s robot lawyer reminds us that big tech has the power to use new technologies to create better futures, with an application that could drastically increase access to costly law services.

US – L’Oréal has presented Hapta at CES 2023, a smart beauty tool designed to help people with limited hand and arm mobility to steadily apply make-up.

For the millions of people living with limited motor skills, some daily actions such as applying make-up can be challenging. To make beauty routines more inclusive, L’Oréal partnered with health research company Verily to adapt Verily’s stabilising technology, originally used for adaptive cutlery and utensils, and incorporated it into the first smart hand-held make-up applicator.

Just as adaptive cutlery allows people with reduced mobility to eat independently, Hapta enables precise and steady lipstick application at home. ‘Beauty tech has enabled us to provide every woman with beauty solutions adapted to their needs. With Hapta, we are making beauty more accessible, because everyone should have equal access to it,’ says Françoise Lehmann, Lancôme's global brand president.

At The Future Laboratory's trends intelligence platform LS:N Global, we have been looking at Adaptive Beauty since 2019, but Hapta’s technology is taking accessible cosmetics one step closer to wide-scale adoption. The levelling make-up device will be launched in 2023, paired with lipsticks from L’Oréal-owned brand Lancôme. The company plans to develop additional devices, with a mascara applicator already in the works. 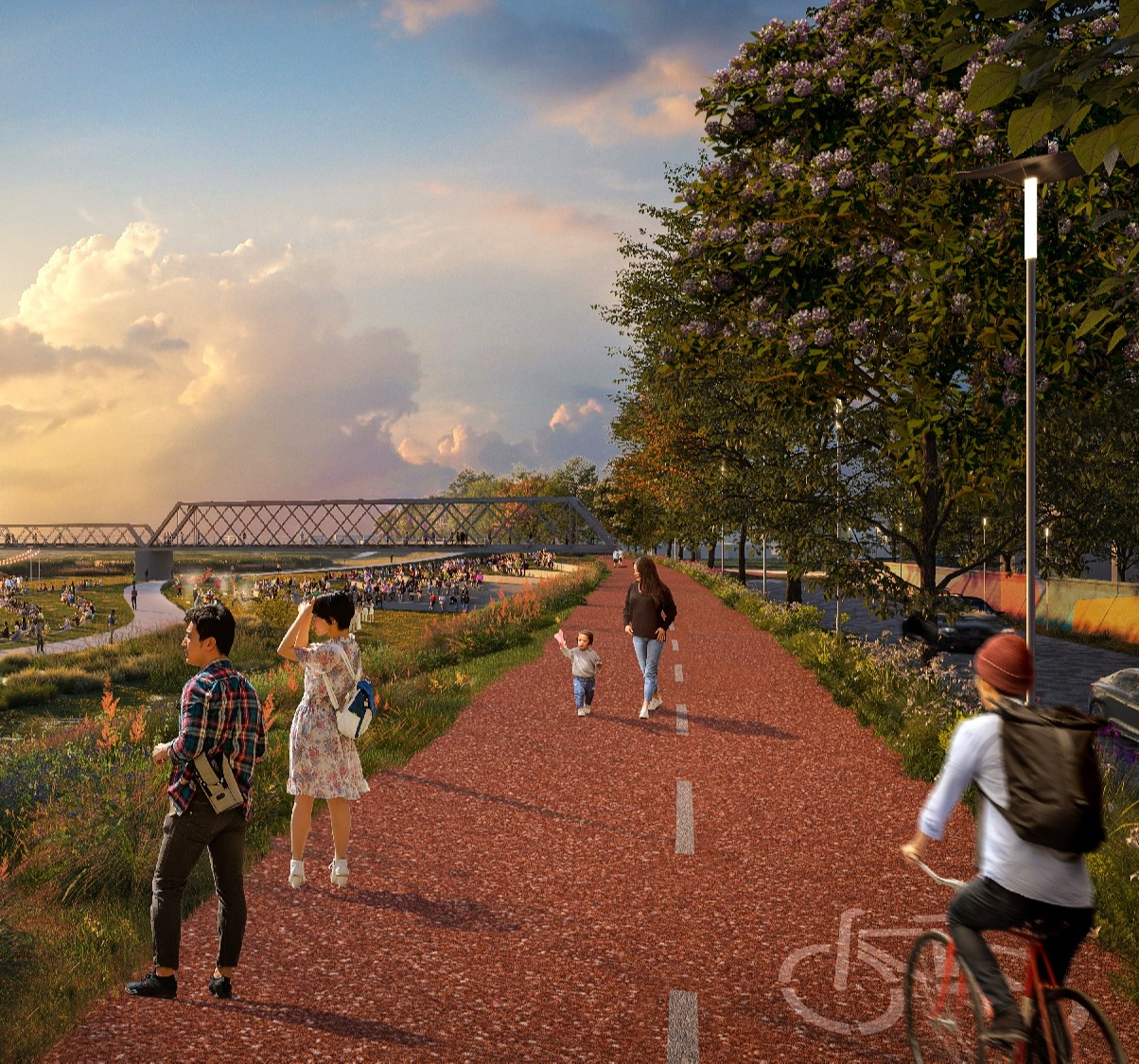 Taiwan – Home to 70,000 inhabitants, the town of Huwei will have its waterway network entirely redesigned to promote deeper connections between citizens and nature.

The proposal, developed by MVRDV, has been selected by Taiwan’s Ministry of Economic Affairs as the winning project for the large-scale redevelopment of Huwei’s water systems. Including both a strategic masterplan and landscape design, the Hoowave Water Factory project is set not only to uphold flood resilience, but also to improve the quantity and quality of the town’s water.

Explore infrastructure innovation and how design can bring people and nature closer in our Equilibrium Cities macrotrend.

The Ice Runner NFT from MYAMI digitally ‘melts’ at the same rate as the polar ice caps. It can also return to its original shape if action is taken, US

Global – We may all be thinking about the daunting challenges facing us in 2023 after the rollercoaster of 2022, but the latest climate report offers no reasons for optimism as it looks ahead to the state of the world in 2100.

According to a recent paper published in Science, up to half of our planet’s glaciers will have disappeared by 2100 – and that’s if we achieve the 1.5°C maximum temperature increase set by the Paris Climate Agreement. Even worse, it is predicted that at least half of that loss will happen in the next 30 years.

The paper states that the scale and impacts of glacial loss are far greater than previously predicted, and says that if global heating continues under the current scenario of 2.7°C of warming, losses will be more significant, with 68% of glaciers disappearing. That means saying a swift goodbye to glaciers in central Europe, western Canada and the US by the end of the next century.

Of course, the impact on sea level rises is significant; with 2.7°C of warming, glacial melt would lead to a rise in sea levels of about 115mm, a 23% increase on what was previously estimated. ‘The rapidly increasing glacier mass losses as global temperature increases beyond 1.5°C stresses the urgency of establishing more ambitious climate pledges to preserve the glaciers in these mountainous regions,’ say the paper’s researchers, who used two decades of satellite data to map the planet’s glaciers with greater precision than ever before.

Sign up to one of our trends intelligence platform, LS:N Global and get unlimited access to a hive of insights - from microtrends and macro trends to market reports, daily news, research across eight industry sectors and much more.