Normatec Go by Hyperice, US

California – Developed by high-performance wellness brand Hyperice, the Normatec Go massage system is fully portable and delivers dynamic air compression massage therapy to users wherever they are. Massaging the calf muscles increases circulation while reducing pain and tension in the entire leg.

Normatec has built a loyal following in the endurance and sports performance field, becoming a must-have item for recovery. The new device aims to deliver the recovery experience that its customers have become accustomed to in a more mobile form at a more accessible price. ‘By making the system much smaller and fully portable, we also made the technology more accessible to a wider landscape of users so more people can benefit from it,’ says Anthony Katz, founder of Hyperice.

The innovation is a prime example of the at-home fitness devices that are continuing to disrupt the sports sector, making home fitness more accessible and blending in seamlessly with the demands of modern life.

Blood is Blood by Mother and Stuart Semple, US

2. The Gay Blood collection hits back at homophobic policies

US – For the start of New York Fashion Week, creative company Mother launched a limited-edition collection of protest art tools made with the blood of gay men to protest against the US Food & Drug Administration’s effective ban on gay men from donating blood.

Created in collaboration with artist and activist Stuart Semple, the launch comes as the US experiences a national shortage of blood and looks to draw attention to the discriminatory ban. Items include acrylic paint, a fountain pen, screen printing ink, paint pens and spray paint. ‘With these tools, others can help make some bloody noise on this issue – whether it’s shirts, murals or protest signs to fight back against the FDA’s homophobic policies,’ explains Mother.

All items can be purchased individually, with 100% of proceeds from sales going to LGBTQ-focused healthcare provider Callen-Lorde. Mother will also be partnering with LGBTQ+ creators and collaborators in the coming months to create pieces using the new collection and auctioning off the results on its website.

Go to our Intersectionality series for more examples of campaigns and brands championing purposeful action across progressive causes.

Immersive Ads by Roblox, US

The immersive advertisements will take the shape of 3D portals and are expected to be introduced early next year. According to Roblox, the new marketing features will enable companies to foster deeper relationships with its community of 58.5m daily active users, of which the largest group are aged between 9 and 12. The gaming company also plans to bolster its online marketplace with a new function that would give vendors more control over the scarcity of their goods.

As companies continue to invest in gaming activations, this new feature will enable them to create more engaging branded experiences. To learn more about marketing in the metaverse, readers can revisit this interview with Daniella Loftus, a co-founder of Red DAO.

US – It has been hard to escape the headlines about the US-based outdoor fashion brand Patagonia’s announcement on 14 September that its billionaire owner Yvon Chouinard and his family would be giving 100% of their controlling shares, worth an estimated £2.6bn ($3bn, €3bn), over to a trust and non-profit organisation dedicated to fighting the climate crisis.

The activist fashion company has long pushed an anti-consumerism agenda and is famed for its Don’t Buy This Jacket advertisement in The New York Times on Black Friday 2011. The stock giveaway, which saw Chouinard hand over 2% voting stock to the Patagonia Purpose Trust and the remaining 98% to non-profit organisation The Holdfast Collective, dedicated to climate causes, has been lauded. The resulting corporate tax structure means the collective can spend directly on political advocacy and lobby to influence policy.

But there have also been a few detractors highlighting the company’s increasing carbon footprint (its direct carbon emissions have grown on balance since 2018, according to The Independent) and its silence on the 2021 Garment Worker Protection Act in California, establishing fair wages and improved conditions for clothing makers in Patagonia’s home state.

At The Future Laboratory, we have highlighted how the brands that will thrive in this decade will embrace imperfection and focus on betterment; Patagonia has become the post-purpose era pin-up. 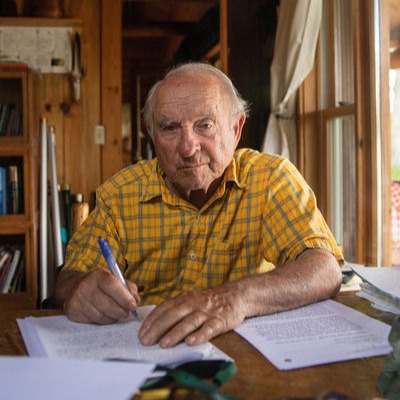 Yvon Chouinard presenting Patagonia's Next Chapter: Earth Is Now Our Only Shareholder
Photography by Nikolay Shulga

5. This Dutch city is banning meat adverts in public places

Netherlands – As part of efforts to reduce its environmental impact, the Dutch city of Haarlem will be the first in the world to ban meat adverts from public spaces. Adverts will not be allowed on buses, screens or shelters across the city.

The new rules will take effect in 2024, after meat was added to a list of products that contribute to the climate crisis. Initially proposed by councillors from the GroenLinks party, who didn’t expect the plans to come to fruition, the ban also extends to holiday flights, fossil fuels and cars that run on fossil fuels. ‘It is a signal – if it is picked up nationally, that would only be very nice. There are many groups of GroenLinks who think it is a good idea and want to try it,’ says Ziggy Klazes, a GroenLinks councillor.

While the move has prompted a backlash from the meat sector, which accuses the authorities of overstepping the mark, the initiative is a tangible example of how municipal authorities can mitigate cities’ impact on the climate crisis and demonstrates how consumer attitudes towards advertising polluting industries are shifting.

Sign up to one of our trends intelligence platform, LS:N Global and get unlimited access to a hive of insights - from microtrends and macro trends to market reports, daily news, research across eight industry sectors and much more.